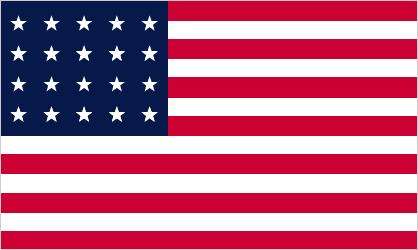 An unsupported preference for intravenous antibiotics

Prevalence and correlates of treatment failure among Kenyan children hospitalised with severe community-acquired pneumonia: a prospective study of the clinical effectiveness of WHO pneumonia case management guidelines

19/08/2014 By Dr. Ambrose Agweyu
OBJECTIVE: To determine the extent and pattern of treatment failure (TF) among children hospitalised with community-acquired pneumonia at a large tertiary hospital in Kenya. METHODS: We followed up children aged 2-59 months with WHO-defined severe pneumonia (SP) and very severe pneumonia (VSP) for up to 5 days for TF using two definitions: (i) documentation of pre-defined clinical signs resulting in change of treatment (ii) primary clinician's decision to change treatment with or without documentation of the same pre-defined clinical signs. RESULTS: We enrolled 385 children. The risk of TF varied between 1.8% (95% CI 0.4-5.1) and 12.4% (95% CI 7.9-18.4) for SP and 21.4% (95% CI 15.9-27) and 39.3% (95% CI 32.5-46.4) for VSP depending on the definition applied. Higher rates were associated with early changes in therapy by clinician in the absence of an obvious clinical rationale. Non-adherence to treatment guidelines was observed for 70/169 (41.4%) and 67/201 (33.3%) of children with SP and VSP, respectively. Among children with SP, adherence to treatment guidelines was associated with the presence of wheeze on initial assessment (P = 0.02), while clinician non-adherence to guideline-recommended treatments for VSP tended to occur in children with altered consciousness (P < 0.001). Using propensity score matching to account for imbalance in the distribution of baseline clinical characteristics among children with VSP revealed no difference in TF between those treated with the guideline-recommended regimen vs. more costly broad-spectrum alternatives [risk difference 0.37 (95% CI -0.84 to 0.51)]. CONCLUSION: Before revising current pneumonia case management guidelines, standardised definitions of TF and appropriate studies of treatment effectiveness of alternative regimens are required.
Read More

Regional and temporal trends in malaria commodity costs: an analysis of Global Fund data for 79 countries

01/01/2014 By Dr. Ambrose Agweyu
BACKGROUND: Although procurement consumes nearly 40% of Global Fund's money, no analyses have been published to show how costs vary across regions and time. This paper presents an analysis of malaria-related commodity procurement data from 79 countries, as reported through the Global Fund's price and quality reporting (PQR) system for the 2005-2012 period. METHODS: Data were analysed for the three most widely procured commodities for prevention, diagnosis and treatment of malaria. These were long-lasting insecticide-treated nets (LLINs), malaria rapid diagnostic tests (RDTs) and the artemether/lumefantrine (AL) combination treatment. Costs were compared across time (2005-2012), regions, and between individual procurement reported through the PQR and pooled procurement reported through the Global Fund's voluntary pooled procurement (VPP) system. All costs were adjusted for inflation and reported in US dollars. RESULTS: The data included 1,514 entries reported from 79 countries over seven years. Of these, 492 entries were for LLINs, 330 for RDTs and 692 for AL. Considerable variations were seen by commodity, although none showed an increase in cost. The costs for LLINs, RDTs and AL all dropped significantly over the period of analysis. Regional variations were also seen, with the cost for all three commodities showing significant variations. The median cost for a single LLIN ranged from USD 4.3 in East Asia to USD 5.0 in West and Central Africa. The cost of a single RDT was lowest in West and Central Africa at US$ 0.57, and highest in the Latin American region at US$ 1.1. AL had the narrowest margin of between US$ 0.06 per tablet in sub-Saharan Africa and South Asia, and US$ 0.08 in the Latin American and Eastern Europe regions. CONCLUSION: This paper concludes that global procurement costs do vary by region and have reduced overall over time. This suggests a mature market is operating when viewed from the global level, but regional variation needs further attention. Such analyses should be done more often to identify and correct market insufficiencies.
Read More

06/11/2013 By Dr. Ambrose Agweyu
BACKGROUND: Nearly 40% of Global Fund money goes toward procurement. However, no analyses have been published to show how costs vary across regions and time, despite the availability of procurement data collected through the Global Fund's price and quality reporting system. METHODOLOGY: We analyzed data for the 3 most widely procured commodities for the prevention, diagnosis, and treatment of HIV. These were male condoms, HIV rapid tests, and the antiretroviral (ARV) combination of lamivudine/nevirapine/zidovudine. The compared costs, first across time (2005-2012), then across regions, and finally, between individual procurement reported through the price and quality reporting and pooled procurement reported through the Global Fund's voluntary pooled procurement system. All costs were adjusted for inflation and reported in US dollars. KEY FINDINGS: There were 2337 entries from 578 grants in 125 countries. The procurement cost for the ARV dropped substantially over the period, whereas those for condoms and HIV tests remained relatively stable. None of the commodity prices increased. Regional variations were pronounced for HIV tests, but minimal for condoms and the ARV. The unit cost for the 3-table ARV combination, for instance, varied between US$0.15 and US$0.23 in South Asia and the Eastern Europe/Central Asia regions, respectively, compared with a range of $0.23 (South Asia)-$1.50 (Eastern Europe/Central Asia) for a single diagnostic test. Pooled procurement lowered costs for condoms but not the other commodities. CONCLUSIONS: We showed how global procurement costs vary by region and time. Such analyses should be done more often to identify and correct market insufficiencies.
Read More

03/01/2012 By Dr. Ambrose Agweyu
BACKGROUND: The development of evidence-based clinical practice guidelines has gained wide acceptance in high-income countries and reputable international organizations. Whereas this approach may be a desirable standard, challenges remain in low-income settings with limited capacity and resources for evidence synthesis and guideline development. We present our experience using the Grading of Recommendations Assessment, Development and Evaluation (GRADE) approach for the recent revision of the Kenyan pediatric clinical guidelines focusing on antibiotic treatment of pneumonia. METHODS: A team of health professionals, many with minimal prior experience conducting systematic reviews, carried out evidence synthesis for structured clinical questions. Summaries were compiled and distributed to a panel of clinicians, academicians and policy-makers to generate recommendations based on best available research evidence and locally-relevant contextual factors. RESULTS: We reviewed six eligible articles on non-severe and 13 on severe/very severe pneumonia. Moderate quality evidence suggesting similar clinical outcomes comparing amoxicillin and cotrimoxazole for non-severe pneumonia received a strong recommendation against adopting amoxicillin. The panel voted strongly against amoxicillin for severe pneumonia over benzyl penicillin despite moderate quality evidence suggesting clinical equivalence between the two and additional factors favoring amoxicillin. Very low quality evidence suggesting ceftriaxone was as effective as the standard benzyl penicillin plus gentamicin for very severe pneumonia received a strong recommendation supporting the standard treatment. CONCLUSIONS: Although this exercise may have fallen short of the rigorous requirements recommended by the developers of GRADE, it was arguably an improvement on previous attempts at guideline development in low-income countries and offers valuable lessons for future similar exercises where resources and locally-generated evidence are scarce.
Read More